It was posted by Viral Paws, a community that specializes in posting cute animal videos, many of which depict friendly interactions between animals.

In the video, three dogs are shown with a litter of kittens. Two of the dogs are Golden Retrievers, which are known for their gentle dispositions, while the third is a Husky, which isn’t.

Huskies are described as having a strong “prey drive,” according to Hills Pet, which means they are apt to chase smaller animals like cats. Seeing one being so gentle to the helpless kittens is as surprising as it is sweet.

Throughout the video, the dogs nuzzle and lick the kittens. 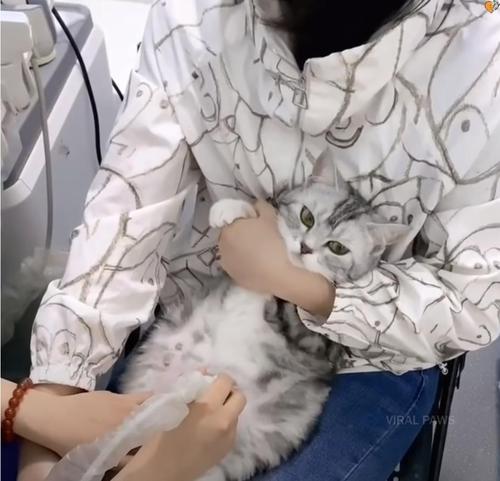 At first, they mainly watch the kittens; one segment shows them resting their noses on the kittens’ bed. As the kittens get older, the dogs become slightly less restrained with their affection. 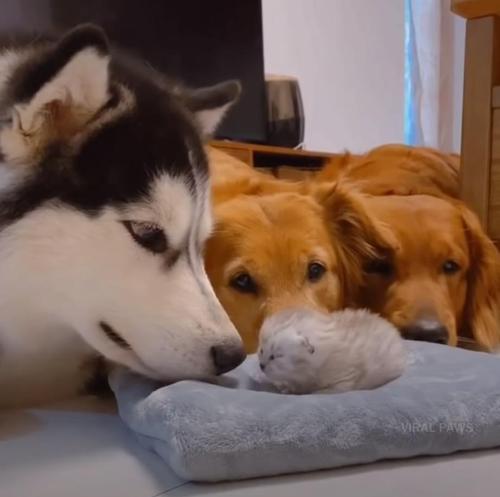 The kittens themselves start returning the dogs’ affection. The calico, for example, nuzzles one of the Golden Retrievers and later climbs on the Husky’s leg. 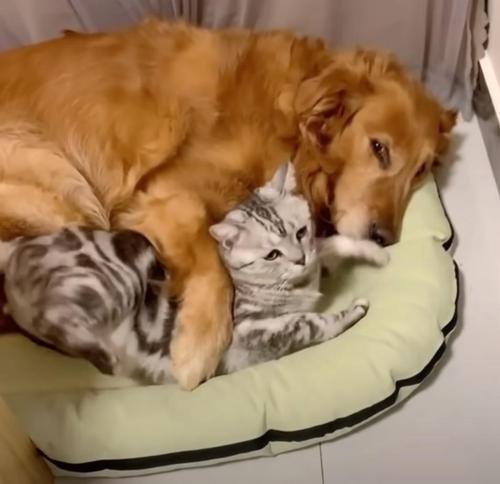 While the dogs take center stage, a couple of cats appear briefly. 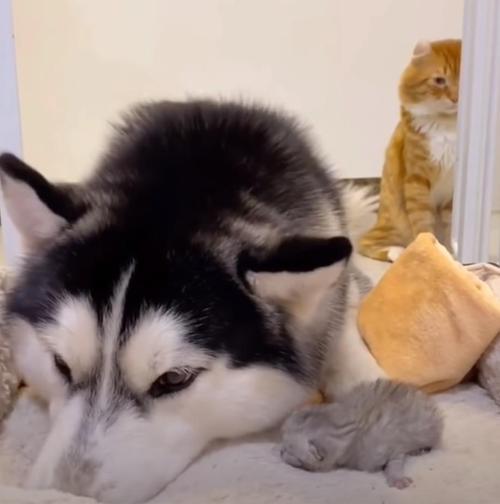 The orange tabby is an American Curl, as can be seen by its characteristic ears that curl backward. The other cat is a silver Tabby. Given that a human is shown feeding a kitten formula with a syringe, neither one is presumably the kitten’s mother.

Otherwise, one of them would be nursing the kittens.