Elias Pereira, who posted the photos, wrote that he and his mother were walking along Grande Riviere Beach in Trinidad when he saw the gigantic creature disoriented in a storm-created body of water. The mini-lake had pooled at the end of the river, blocking access to the beach.

The female leatherback had just laid her eggs and got completely turned around, he said. The 17-year-old Pereira, an aspiring marine biologist, guided the turtle back to the ocean. “It felt great knowing I had given back something to the ocean that had filled me with so much wonderment and awe,” he wrote to The Huffington Post in an email. 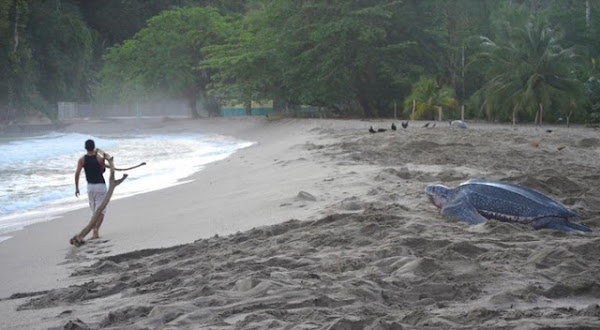 He added that he spoke to a turtle conservationist later that day who told him that the leatherback would have died in the river had he not rescued it. 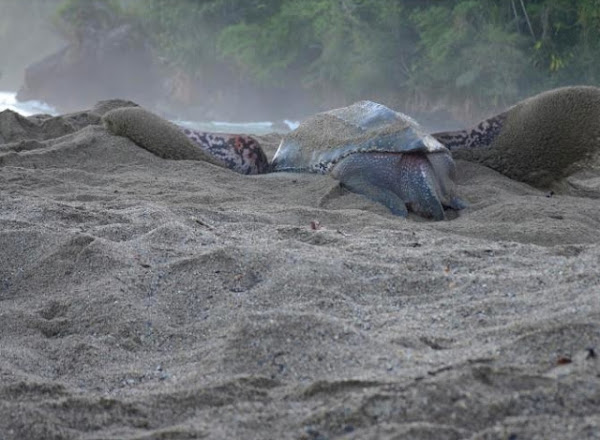 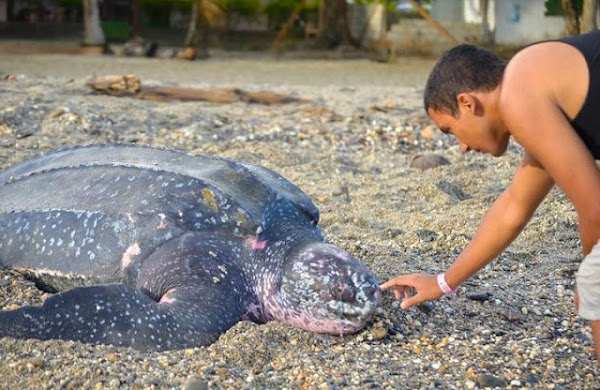 The Seri people devote ceremonies and fiestas to the turtle when one is caught and then released back into the environment. 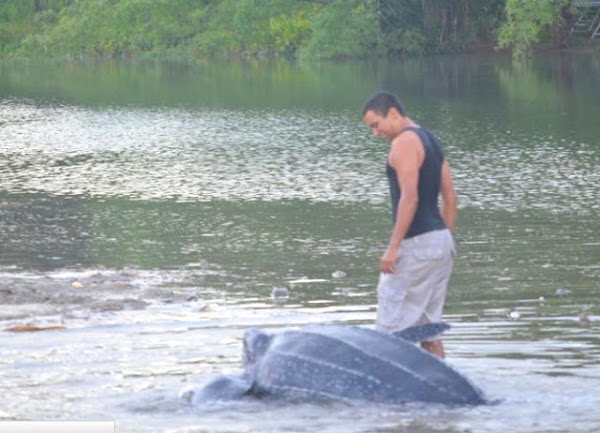 The Seri people have noticed the drastic decline in turtle populations over the years and created a conservation movement to help this. 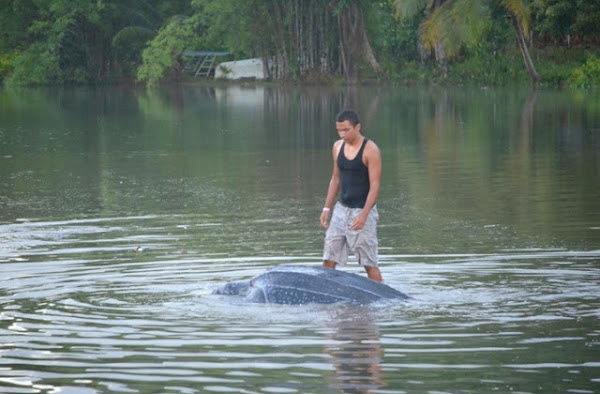 The group, made up of both youth and elders from the tribe, is called Grupo Tortuguero Comaac. They use both traditional ecological knowledge and Western technology to help manage the turtle populations and protect the turtle’s natural environment. The species is listed in the IUCN Red List of Threatened Species as Vulnerable. 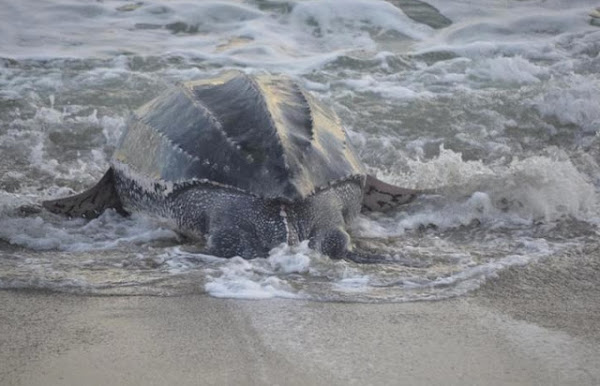 According to National Geographic, leatherbacks are the world’s largest sea turtles, growing up to 7 feet long and 2,000 pounds.