Brittany Turnbill took her 8-year-old Shih Tzu, Sugar – whom she lovingly refers to as her “daughter” – to her local vet for a simple ear infection. But what began as a routine visit became a life or death emergency when an egregious mistake occurred.

The veterinarian broke the horrifying news, telling Turnbill to take Sugar to an emergency clinic in Columbus, Ohio immediately. “We accidentally euthanized her, and she can die,” she was told. 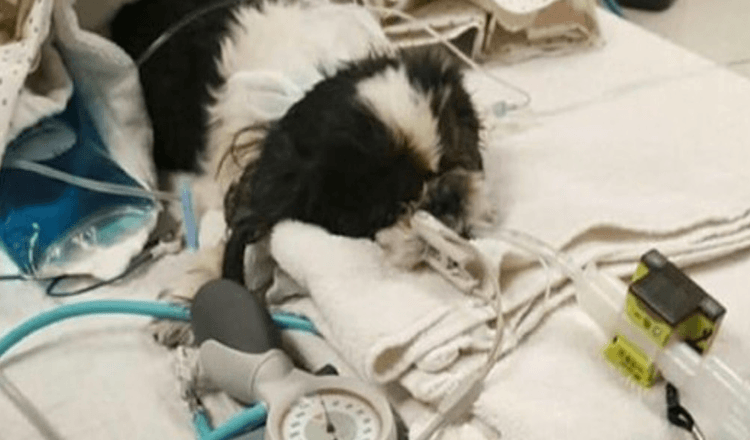 Sugar was taken from her arms immediately upon their arrival and carried back to ICU where a tracheal tube was placed and she was hooked up to a ventilator.

Turnbill was told there was nothing else to do except wait. There was no reversing the deadly drug coursing through her veins. The best they could offer was to keep Sugar hydrated and intubated during the first critical 24 hours and see if she survived – or slipped away. 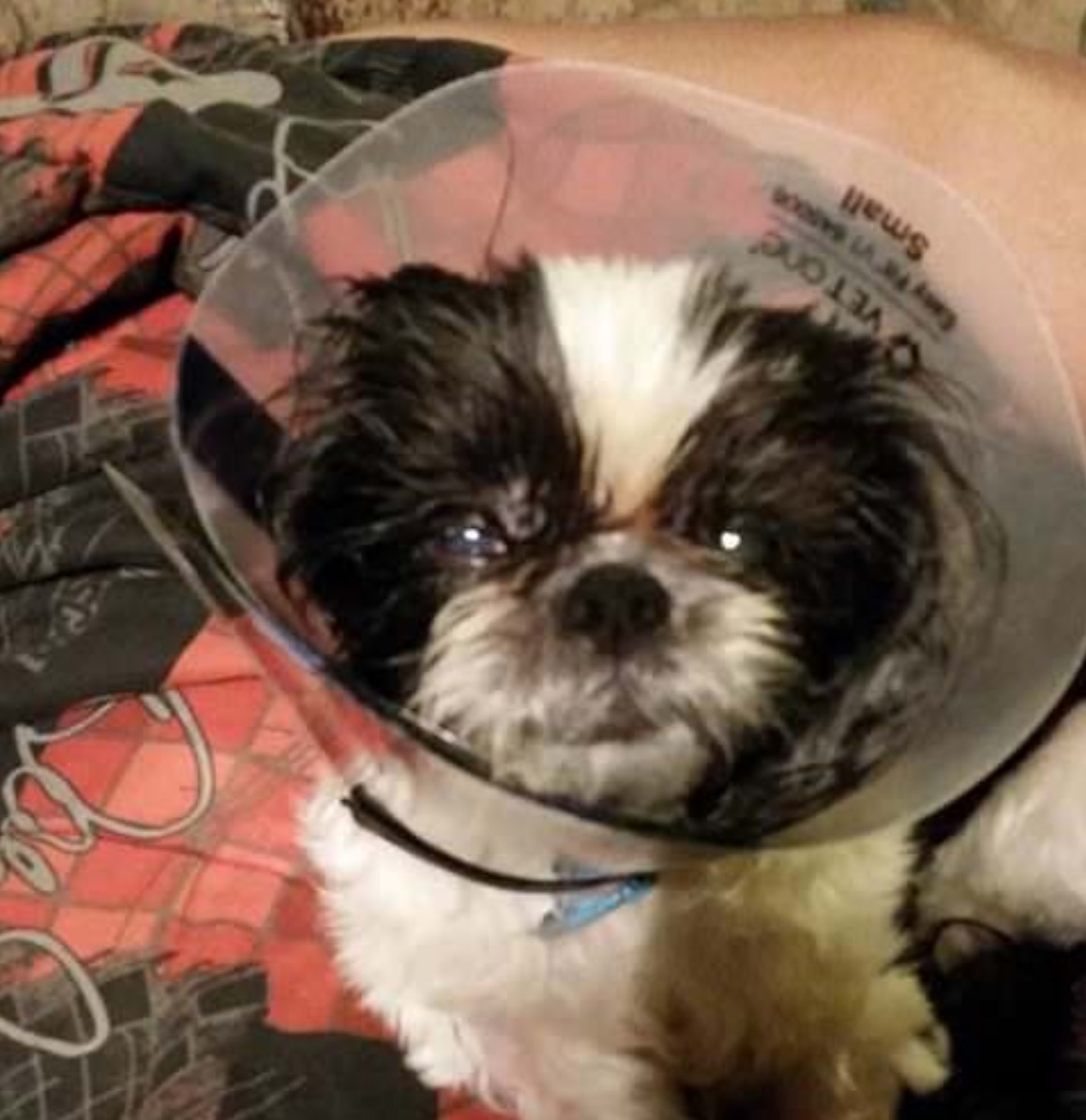 Sugar made it through that first long night, but a veterinarian at MedVet informed Turnbill that it would be another 72 hours for her little body to metabolize the drug before they would have any idea how much damage had been done. And, of course, there was still a chance she would not make it at all. 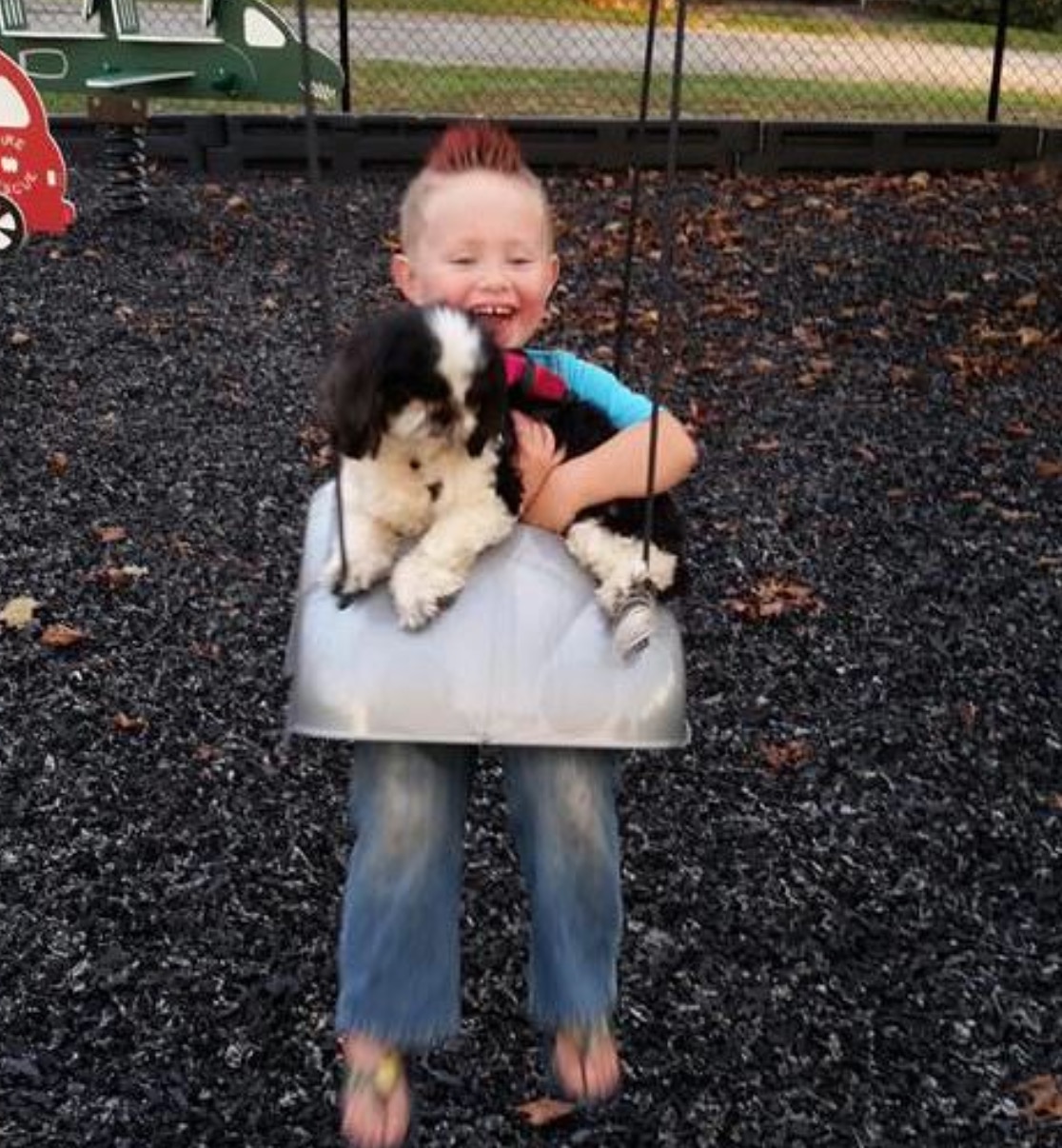 Later that same day, as the family visited with the unconscious dog, her heart rate rose promisingly when they spoke to her. On some unconscious level, Sugar had decided to fight! By the following evening, the tiny pup was strong enough to be taken off the ventilator. Although she had yet to wake up, she was moving more and responding to the voices of her visitors. 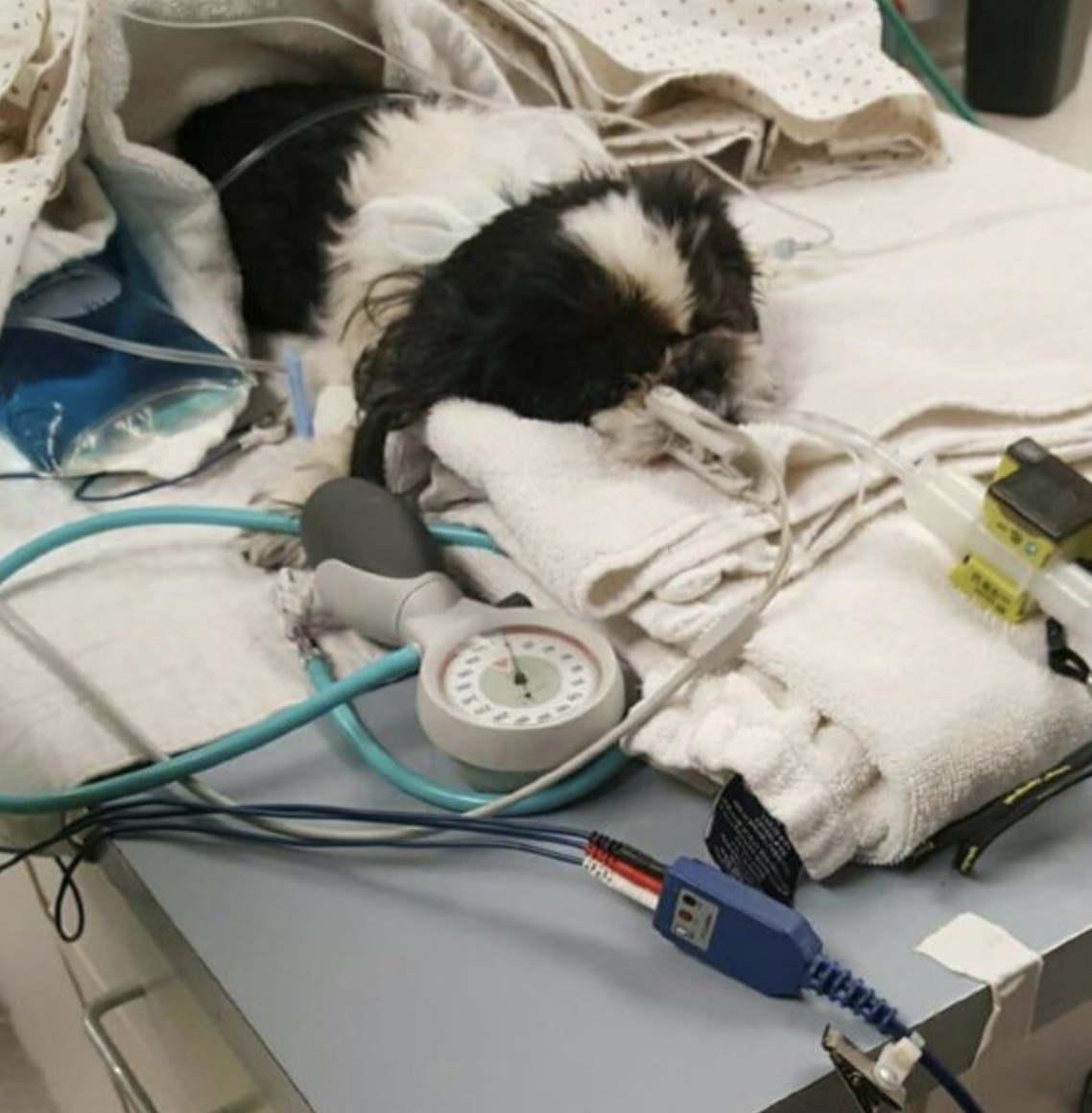 Just 3 days after her terrifying ordeal began, Sugar emerged from her coma! Her breathing tube was removed, and she even walked outside for a potty break, then ate an entire jar of chicken flavored baby food! Turnbill and her overjoyed family were able to hold their sweet pup for the first time in days, but Sugar was not out of the woods yet. She still had to be checked for permanent brain damage. 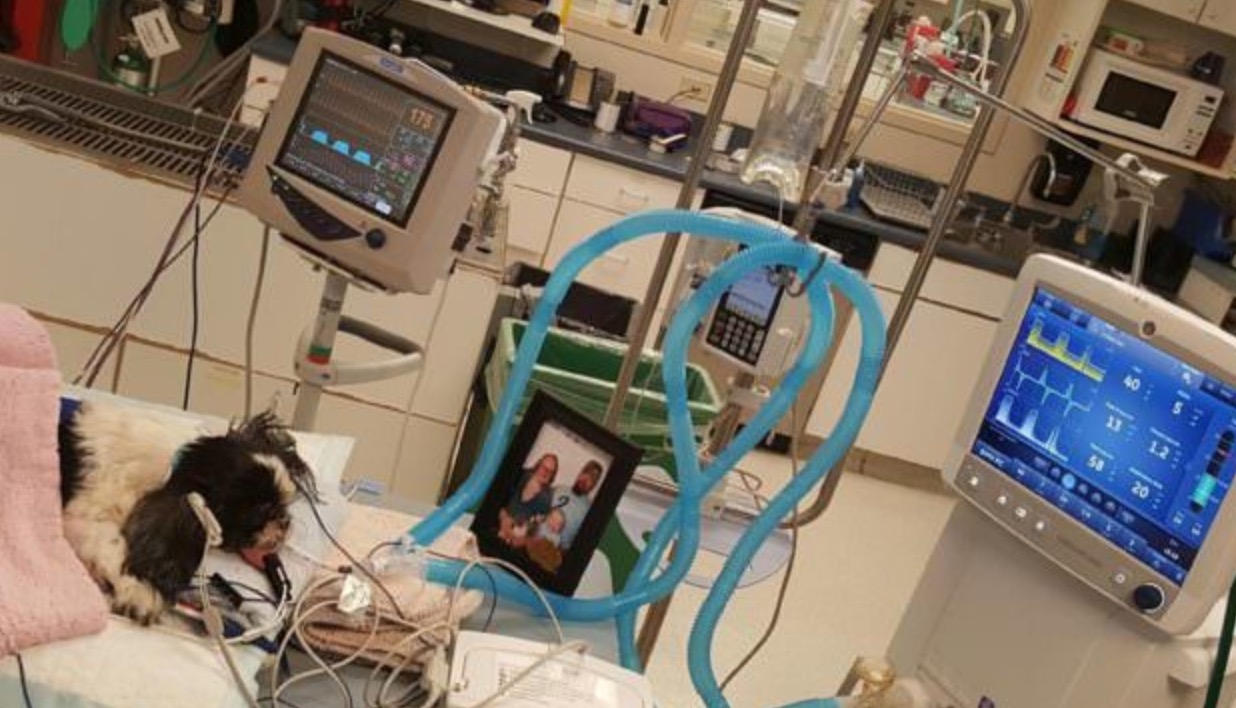 An EEG was performed. It revealed the possibility of minor short-term memory loss – and nothing else! Sugar was going to be just fine! She suffered an ulcer to one of her eyes sometime during the emergency, but she was finally out of harm’s way. 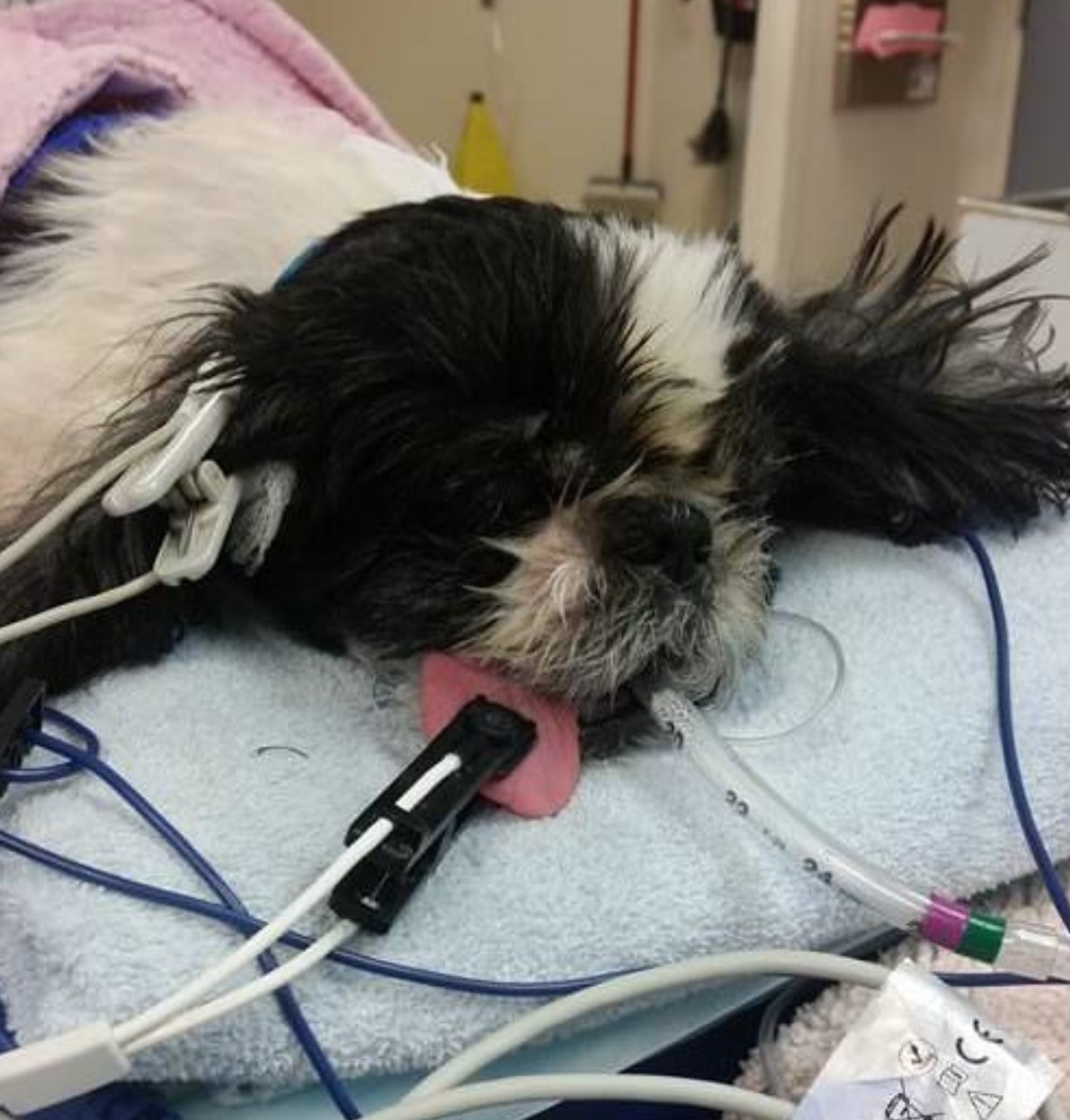 Sugar was released from MedVet with medications for her injured eye and ear infection. 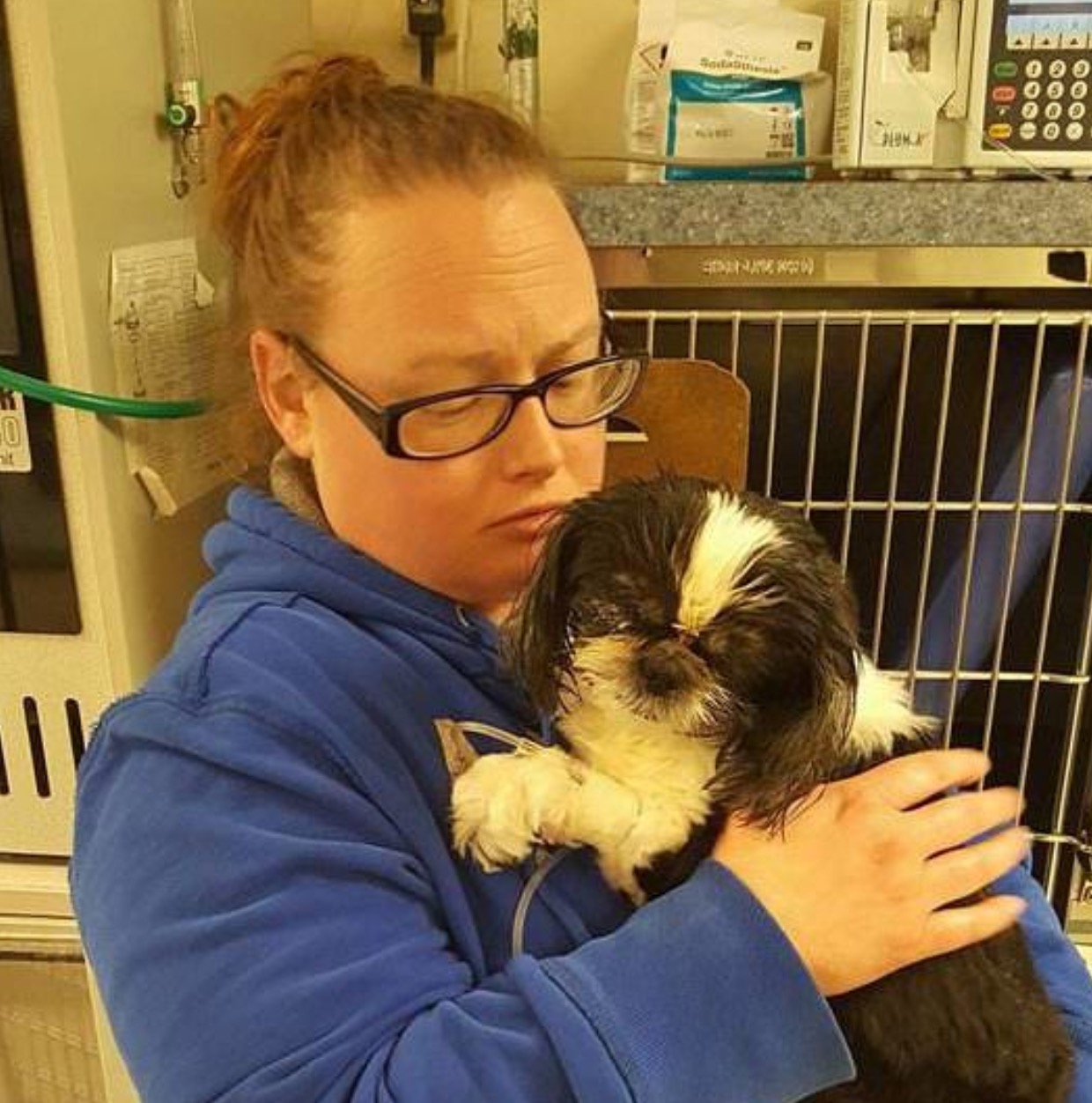 She has to wear a cumbersome e-collar around her neck until her recheck appointment next week, but she is miraculously alive and well! Her exhausted, bewildered, and incredibly grateful family are helping her rest and recover at home.

The response to Sugar’s story – posted in a series of updates on Turnbill’s Facebook page – has been astonishing. 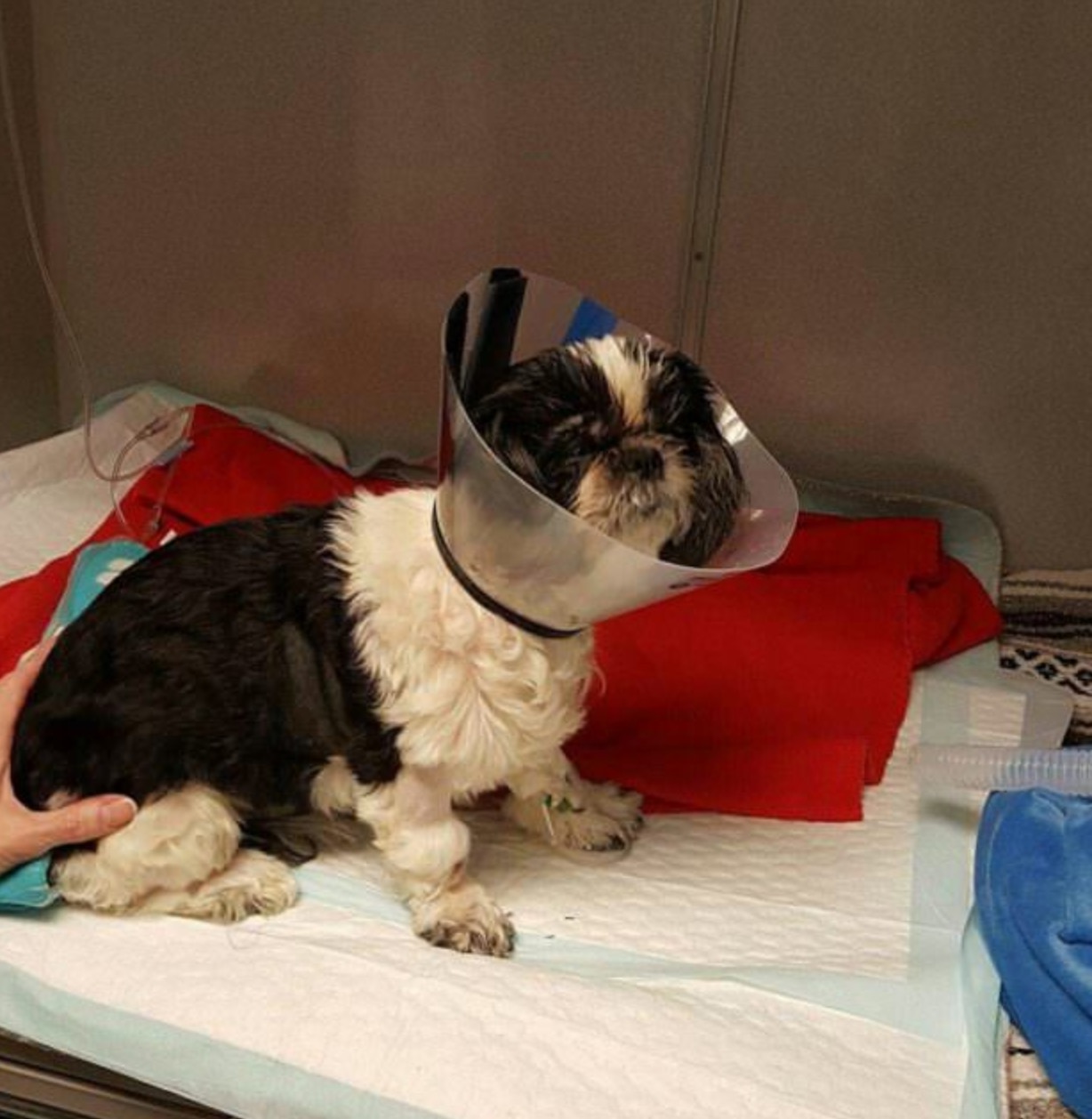 Thousands of people from all over the world offered their support, love and prayers for a little dog they had never met.