Black bears are enormous. These massive creatures can heigh up to 6 feet tall and weigh around 400-600 pounds. So an encounter with such a large wild animal it’s not the kind of wish you put on your bucket list. But this biologist in Florida proved the love for the wildlife can help you to go beyond this fear, after he rescued a massive black bear from drowning.

While black bears are very common in North America, it’s pretty easy to understand why people got panic when spotted one in Florida. This 400-pound bear, driven by its incredible sense of smell, ended up in a residential neighborhood in Alligator Point, Florida.

Once he got there, the bear started to dig into the residents garbage. 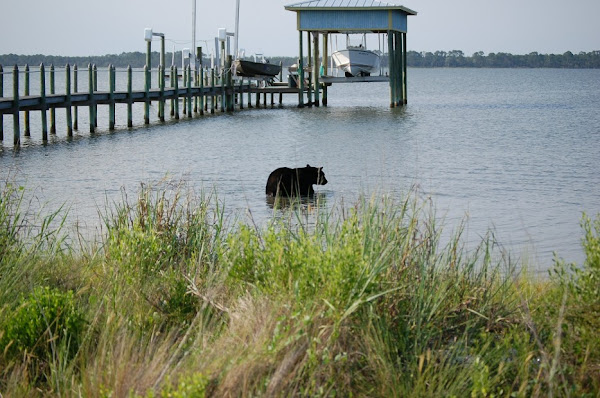 But, it didn’t take too long until the scared people alerted the authorities. Within minutes, the wildlife officials arrived at the scene. They tried to tranquillize the animal in order to take him back in the woods. 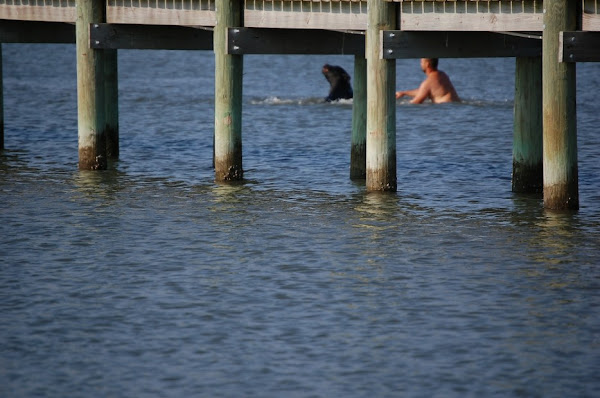 However, things went terrible wrong! After getting hit by the tranquilizer dart, the bear got panic and headed straight to the ocean. 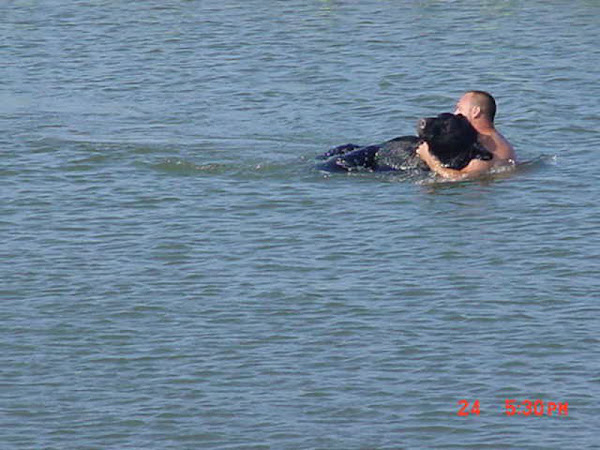 He eventually, went into the water – not the smartest move for a sedated animal. Fortunately, Adam Warwick, a biologist with the Wildlife Commission did not intend to stand there and watch. So he jumped into the ocean, in a risky attempt to save the bear. 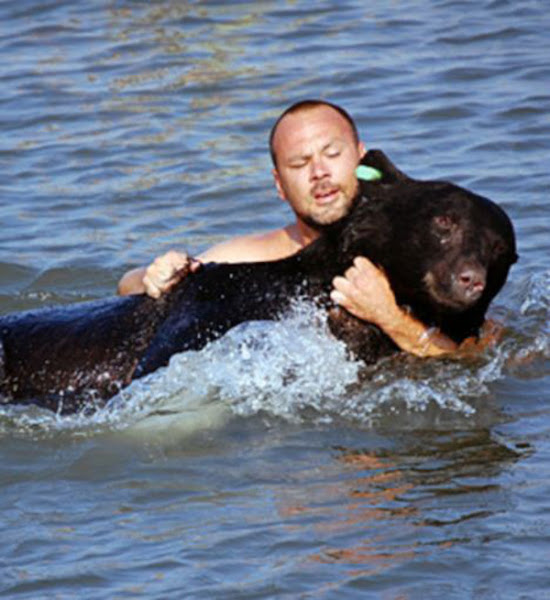 So, imagine swimming around 75 feet with a 400lb bear to shore. It has to be a really difficult challenge. A dramatic rescue that this hero fully completed it. 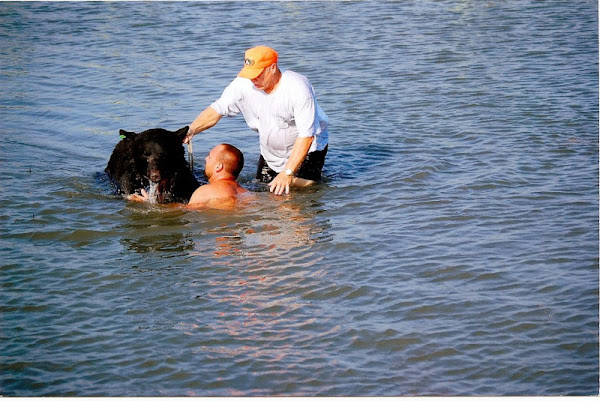 After some incredible hard moments, Adam managed to drag the bear out of the water. 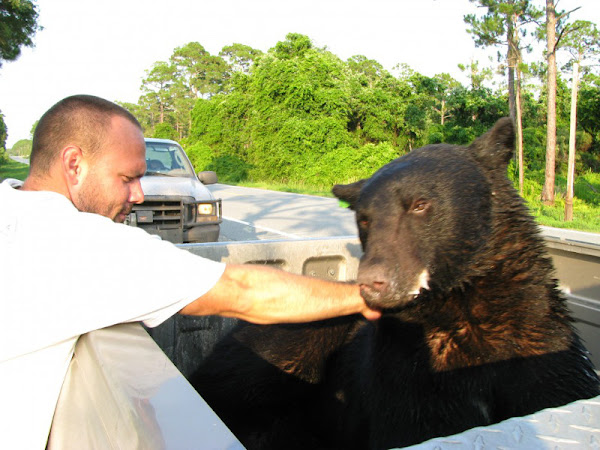 Needless to mention the rescue could have turned into something catastrophic for both the animal and Adam. However, while the bear made it unharmed, Adam got a few scratches.

In the end, the black bear made its way back into the Osceola National Forest, where its home was.