Ladislau Alcântara and Rosilene Jansen rode out on their bicycles in the middle of their quarantine in April of this year, not realizing that this stroll would change their lives forever.

They decided to return early from their excursion since the day was too hot, and they were met by a surprise along the road.

It was a little dog standing alone in the middle of the road, as if it had become separated from its owner or had been abandoned.

When they came closer, they saw it was a starving brown dachshund that didn’t even flee, instead looking at them as if asking for help.

Cyclists come upon an abandoned dog on the side of the road. 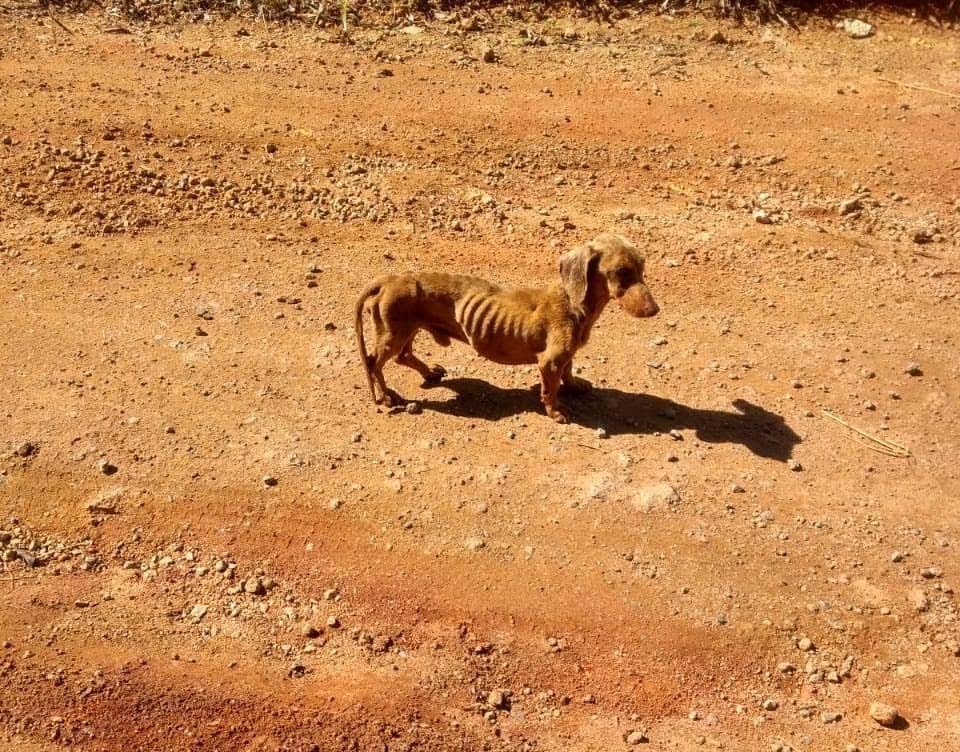 “We saw he was alone, and we had bread in our backpack, so I approached him, give him the bread, and he took it.”

When the riders asked about the dog, they realized that the region is notorious for animal abandonment.

“I became desperate because I didn’t want to leave him there, but I still had almost 40 kilometers (25 miles) to get home.” 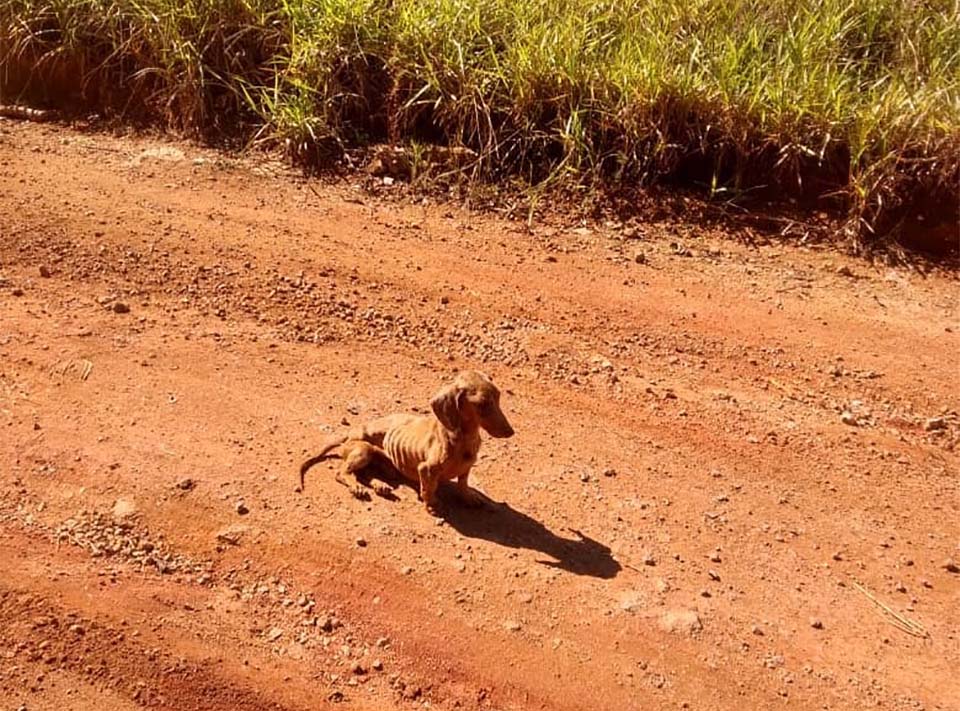 So Ladislau took off his hydration pack, took the little puppy and put it inside to take him home. It was not an easy move to retreat, but the knights were motivated to help the abandoned animal after seeing it.

“It was not an easy job. I put it in the bag and checked the bag for the dog to make sure it had not fallen off. Every mile just seems to go on forever. 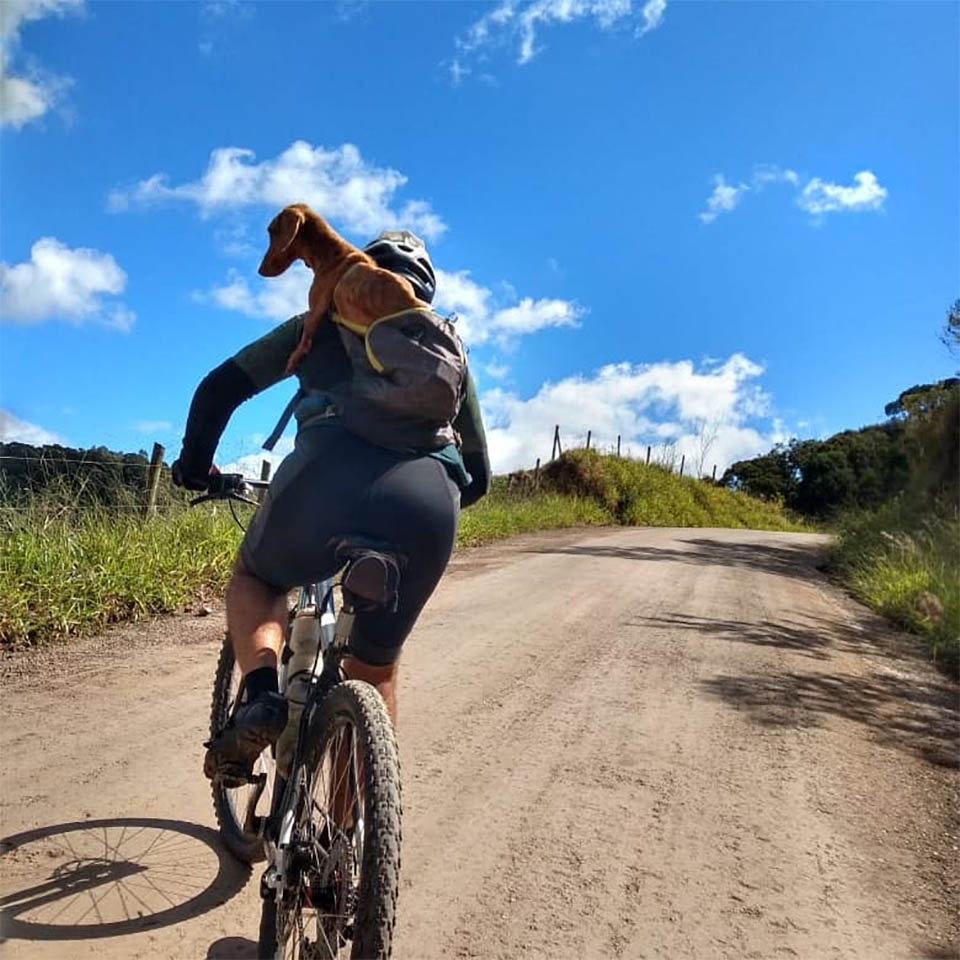 They paused for a few minutes to relax after a long journey, and Ladislau turned and smiled at Rosilene at that moment.

“Because I don’t have any children, I’m going to get a dog.” 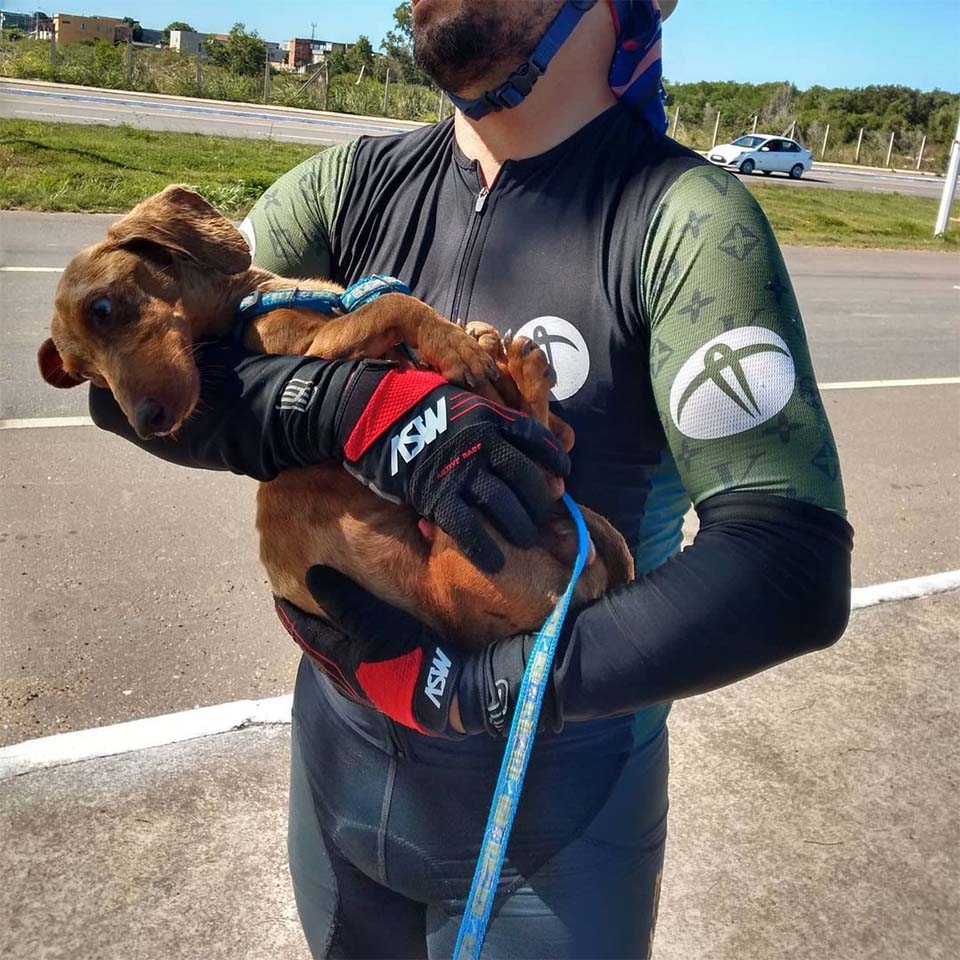 The cyclists continued their route and arrived at their destination after a few hours, when they gave him a wash, some water, and some delicious food.

They decided to adopt the abandoned dog after the long bike trip and named him Rotivi, though Ladislau preferred Pelanka. 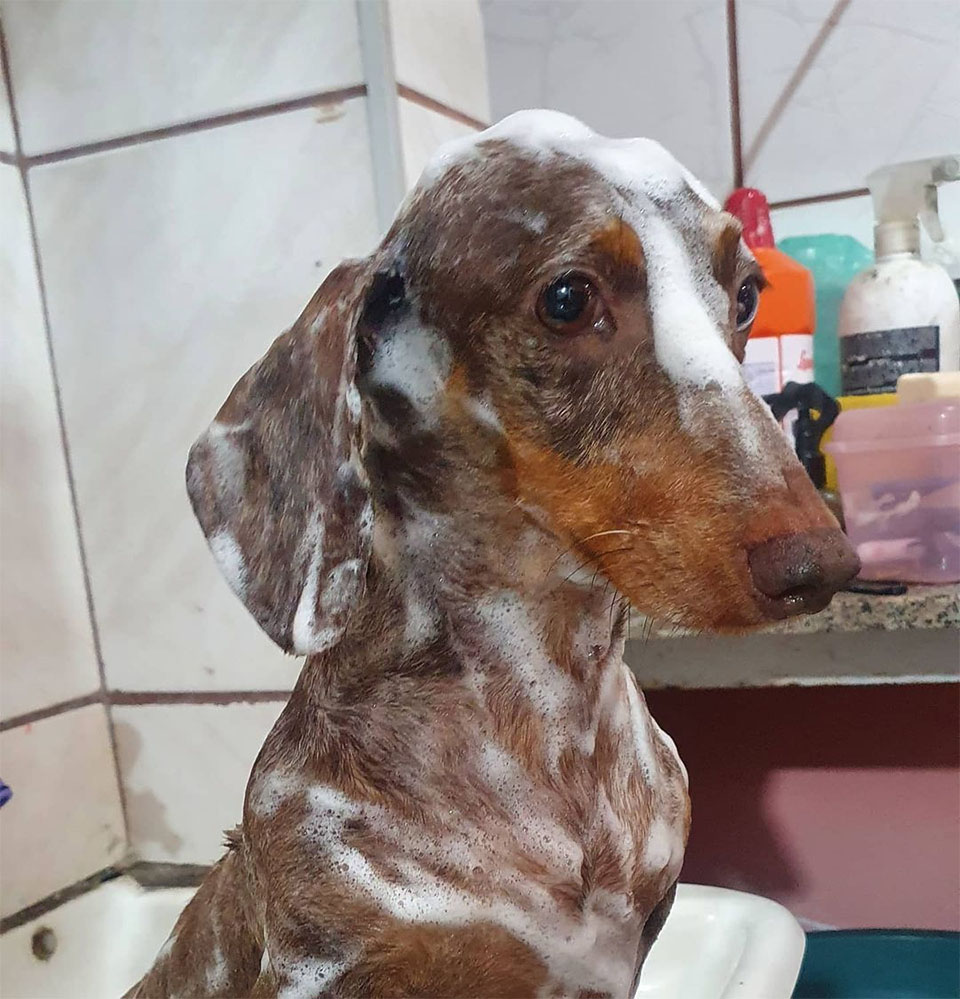 The bikers became very close to the dog over time, and the three are now absolutely inseparable; they are unconditional friends. 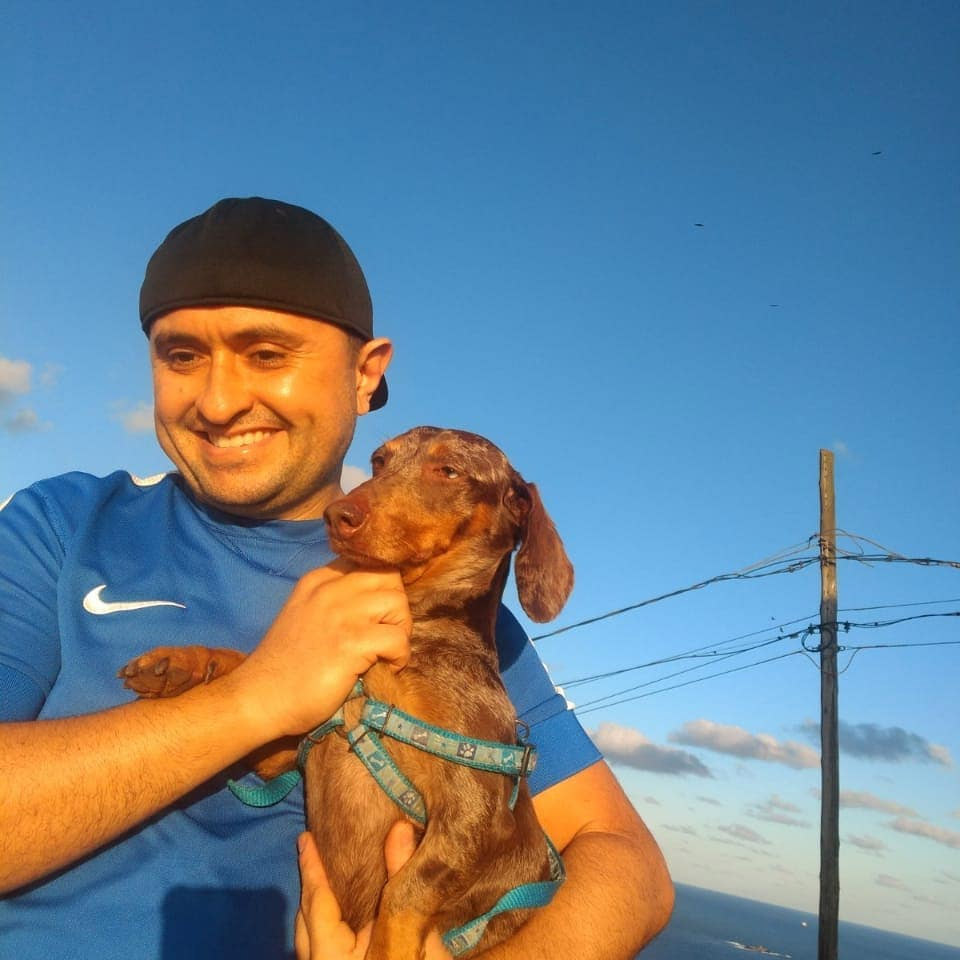 Pelanka has acquired adequate weight and has conquered her health difficulties since then. He’s already a big dog that constantly goes along with his folks on their excursions.
Pelanka came as a surprise, but Ladislau and Rosilene can’t picture life without him, and they show him the love he deserves.