Dogs are well known as man’s best friend, but this heartwarming story proves that dogs show up for each other, too. When a German shepherd named Marley was (presumably) hit by a car in Muscoy, California, her fellow stray, Murphy, refused to leave his best friend’s side.

The pair patiently waited for hours as traffic whizzed by, without a single car stopping to help. After several hours, a driver finally stopped to check on the injured animals, and promptly called Dream Fetchers: Project Rescue. “We received a message she was lying on the side of the road,” Faith Easdale, one of the rescuers affiliated with the non-profit organization, told The Dodo.

“Marley was in terrible distress and pain and breathing heavily. 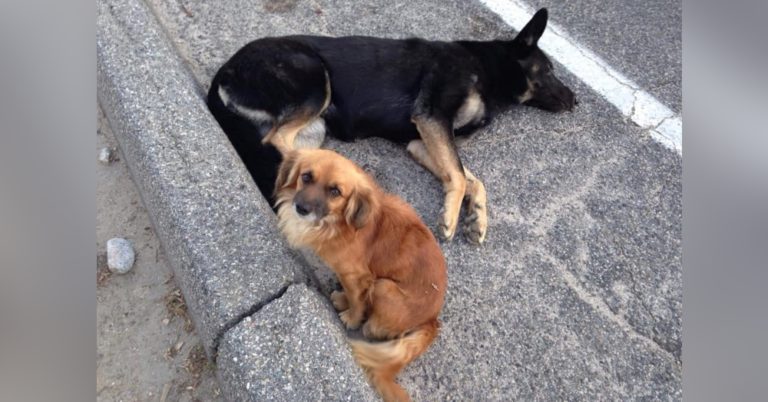 We weren’t even sure if she was going to make it.” Murphy continued to keep watch as Easdale and another rescuer lifted the wounded dog into the car. Once the larger dog was safely inside, little Murphy curled up beside Marley on the back seat, even resting his head on her belly. 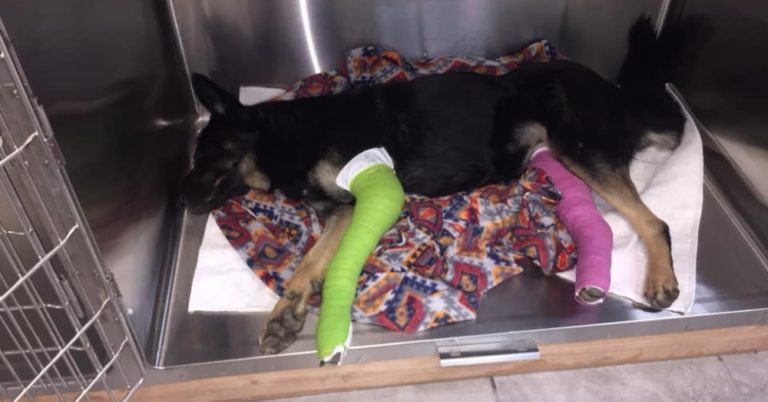 “She was very heavy and hard to move, but we did it,” Easdale recalled. “Murphy wouldn’t leave her side on the street.” Murphy continued to comfort Marley as rescuers raced to the hospital, X-rays confirmed that the German Shepard had indeed broken multiple bones. 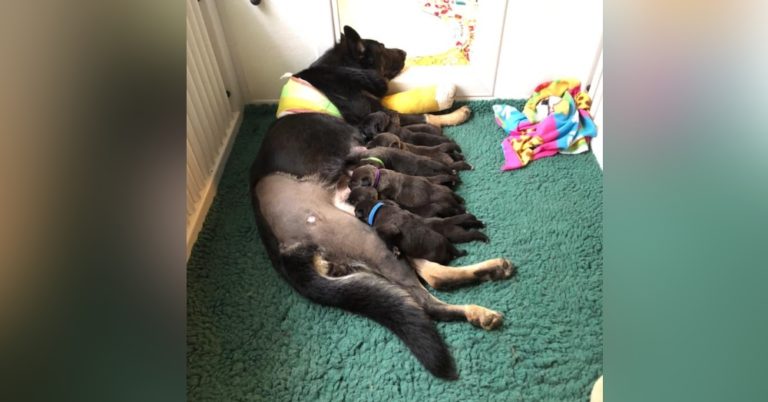 But tests also revealed a second, more surprising discovery. Marley was pregnant, she was going to have 11 puppies. Murphy waited by Marley’s side for the first few days, only relaxing when he seemed to realize the pregnant dog was finally safe. “He was able to be with her in the hospital but she was so critical that he wanted to go run and play,” said Easdale, who would go on to help both Murphy find his forever home. 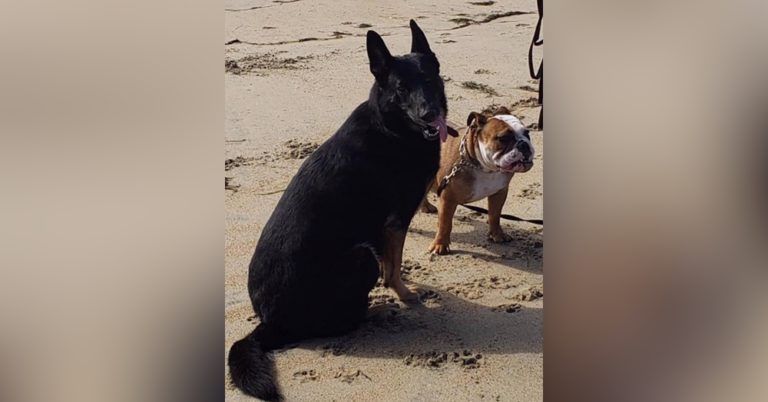 Marley’s delivery, meanwhile, wasn’t painless, but the injured mom still managed to birth 11 healthy puppies, which she attentively cuddled and nursed despite having casts on two legs. Two years – and many veterinary visits later — Marley has fully recovered from her injuries, meanwhile her puppies are fully grown and in their own homes. “Marley is just as sweet and beautiful as the day we brought her home,” her new family wrote on Facebook. “She plays like she has never had a broken bone.”