As soon as they found out that an emaciated dog was roaming in the woods of Evans Creek, Amanda Guarascio and Dylan Parkison were on the case.

For months, random hikers had reportedly been throwing the dog food to help keep him alive, but could never get close enough to capture him.

Amanda, who is president of Lost & Founds Pets WA State, spent the entire day trying everything she could think of to lure the dog to a lead, from tempting him with bologna and hot dogs to laying in the fetal position and faking injury, risking an attack from the unknown dog now known as “Baby Bear.” 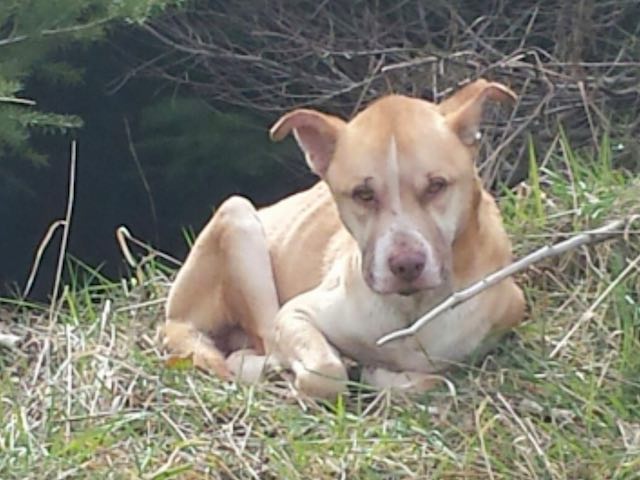 Baby Bear was as much of a gentle giant as Guarascio hoped he would be. He eventually allowed her to cuddle up against him for warmth. She chronicled the moment on Facebook:

“I got down on the ground with my back to the pup. . . and slowly started crawling backwards towards where he was laying.” 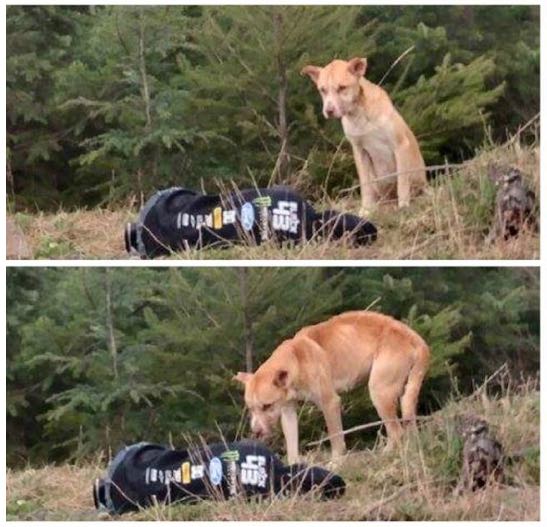 “Once he started to get uncomfortable, I curled up in a ball and stopped moving. The next hour was spent slowly inching closer and closer to Bear.

“By now, Dylan had pulled back up across the road to watch us, and was also warning cars that her insane girlfriend was laying on the side of the road and not to hit me (please).”

“Finally, I got right up next to Bear. He growled a little bit, so I started whimpering and yawning (which is a calming signal), and continued to slowly get closer and closer until I was rested up against the sweet little Baby Bear! (At one point, he got up to try to find us shelter because he saw me as a pathetic human girl that had no survival skills, he sort of took me under his wing!)”

The two women, from Enumclaw, Washington returned later that night and found Baby Bear in exactly the same spot. It was then that they were finally able to slip on the lead.

“The slip lead part got interesting, as I was so tired and it was really dark so I couldn’t see what I was doing,” Guarascio continued on Facebook. “I ended up resting the slip lead on his snout, and accidentally put my fingers in his mouth and nose. He wasn’t amused, but he allowed it!”