A woman has gone viral on TikTok after she was filmed quite literally fighting off a bear to rescue her dogs.

What would you do if you looked outside your window and a huge brown bear was threatening the lives of your pups? Would you run or would you risk your life?

A woman called Hailey had quite the unusual Memorial Day when her pets were suddenly face-to-face with a huge bear and its own cub scaling a wall next to her house. Immediately two small dogs and one large dog ran out to confront the predator and its cub, barking furiously at it and unsuccessfully launching themselves in its direction. 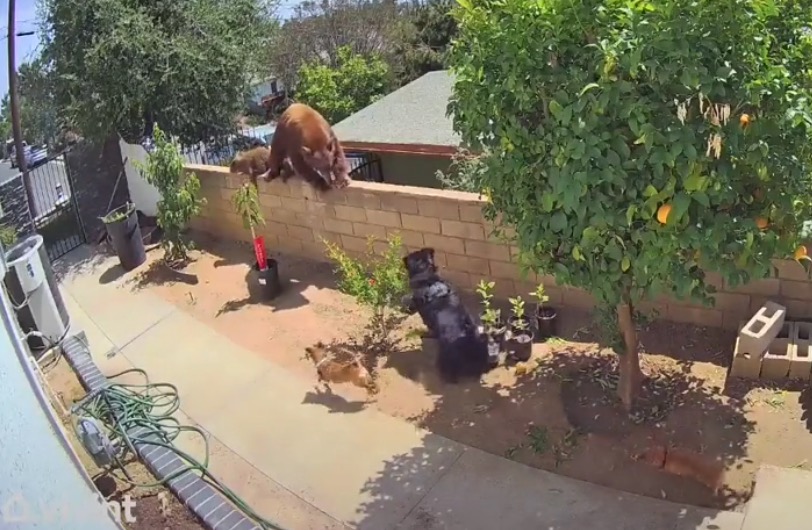 However, the bear viciously lashed out at the larger dog twice, causing the pooch to back away frightened before the smaller ones suddenly found themselves in the danger zone. All of a sudden, the camera captured Hailey wearing a blue dress running down the pathway straight towards the bear.

Amazingly, she can be seen shoving the huge bear with force so it fell off the other side of the wall. In the seconds to spare before the bear clambered back up onto the wall, she gathered up her dogs and ran inside. 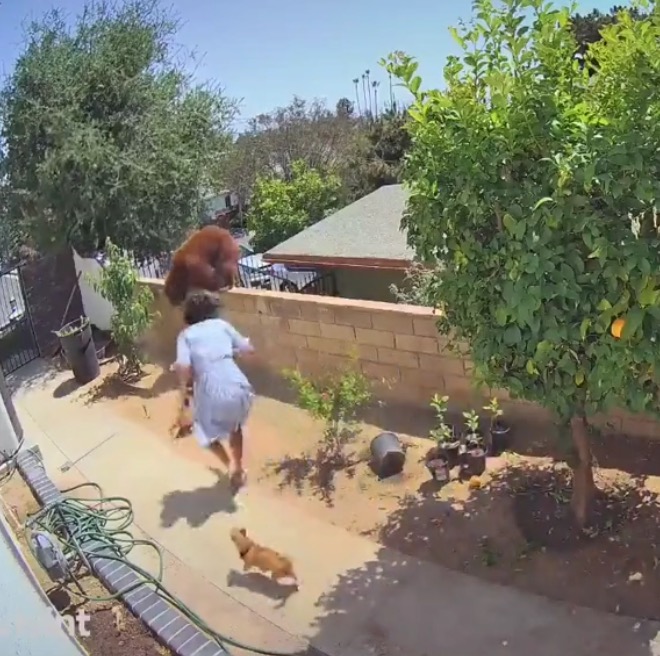 The scene was all captured on CCTV and uploaded, alongside the popular song Oh No by Kreepa, by Hailey’s cousin Brenda with the caption: “My cousin Hailey yeeted a bear off her fence today and saved her dogs. How was your Memorial Day?!”

As it turns out, Hailey is actually a 17-year-old and she retold her experience in more detail on her own TikTok storytime casually explaining, “I thought they were just barking at a dog.. and I go over there and I’m like that’s a funny-looking dog. When I get over there the bear is literally picking up one of my dogs. 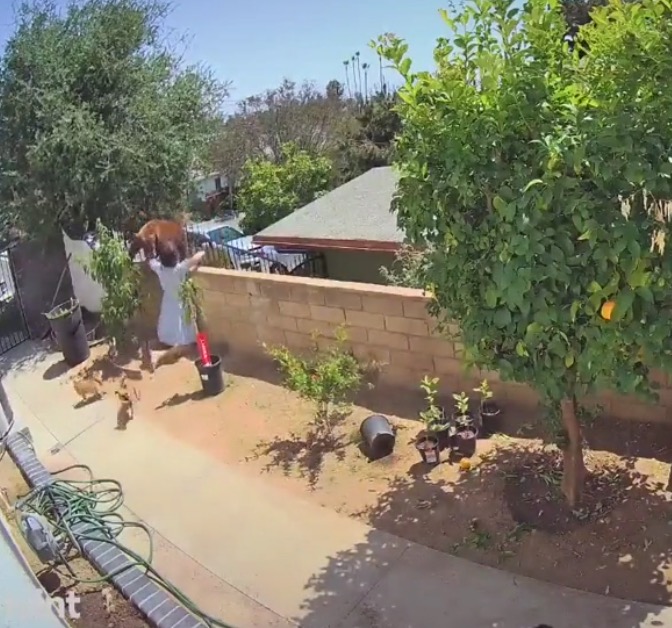 “I go over there and I look the bear in the eyes and the first thing I thought to do was push it, push an apex predator man. I don’t think I pushed her that hard, I just pushed her enough to make her lose her balance. So she drops my dog and I run out of there.”

She added that she sprained her finger and her knee in the process, but aside from that she and the dogs are all okay.

Viewers were astonished by Hailey’s bravery with one person commenting “She’s on my team for the zombie apocalypse!” Another person said, “She just shoved that bear like it was a stuffed animal.”

Others even felt sympathy for the bear which looked to be defending its own baby, describing the bear as the “victim” and even exclaiming, “If you ever see her fighting in the forest with a grizzly bear, help the bear.”