Shelly Blount saw a post about a dog that was about to be put down at Rowan County Animal Shelter, an overcrowded shelter in North Carolina, and immediately called the shelter to try and save the dog. Thankfully, someone else had already adopted the dog, but Shelly decided to ask if another dog was at risk.

The shelter said a 5-year-old Chocolate Labrador named Caleb was next on the list, so Shelly called a friend and they drove four hours from Virginia to save him. “I’ll be going tomorrow and getting him. ♥️ He is the ONLY one who hasn’t had a single inquiry. He is very sweet they said. Just walked past because he is almost 6,” she wrote.

When she arrived, she met two other dogs that were scheduled to be euthanized soon and could not leave them behind. 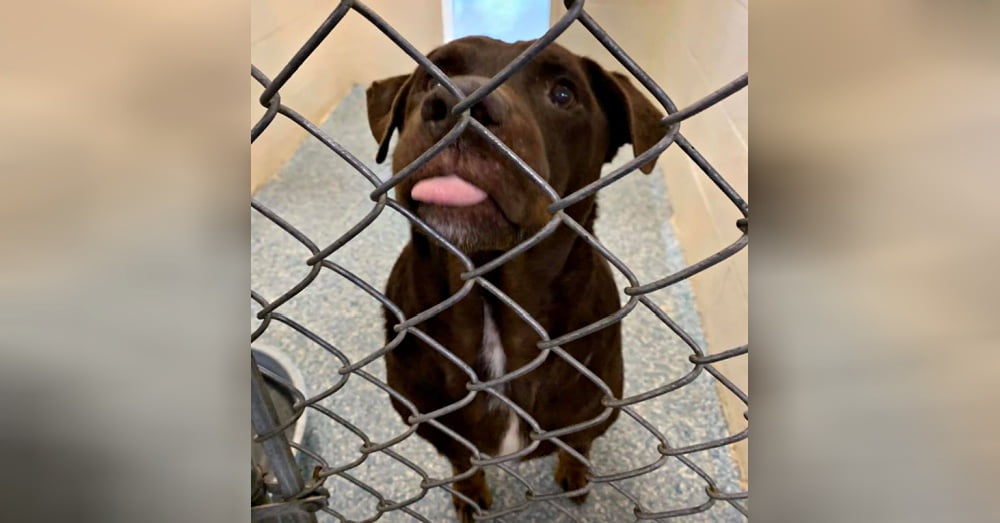 “I asked the limit on how many you could adopt. They said there wasn’t one. So I decided to get all three,” Shelly told The Dodo.

She had not intended on adopting all three but she loaded Caleb, Charisma, and Bella into her car for the journey home. “Caleb was sooo excited — kept giving kisses from the back seat, and his tail was wagging so fast,” Blount said. “Bella was so content being held so she sat in my friend’s lap and literally didn’t move. Charisma, my sweet little angel, was literally hugging me and slept the entire ride.” 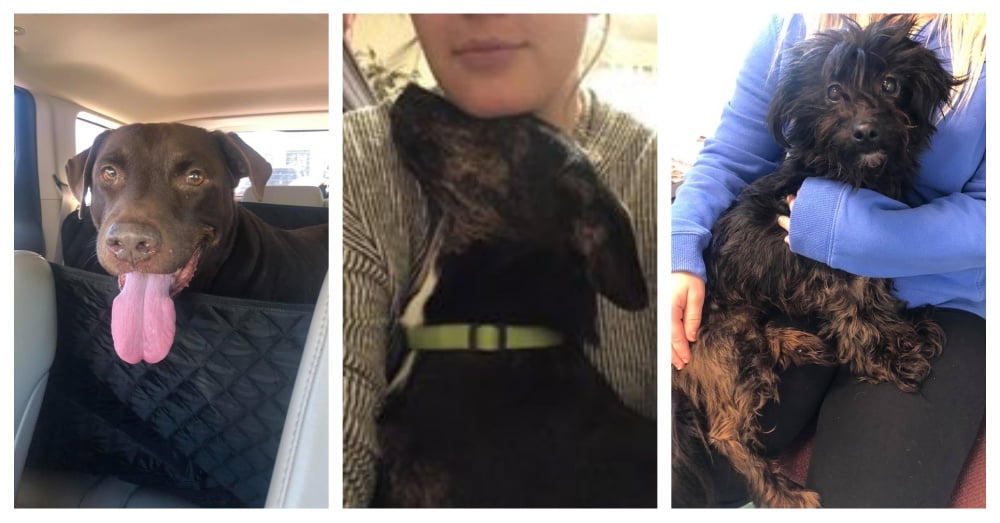 Wanting the best life for all the dogs, she reached out to a friend who had a lab and they adopted Caleb. He is getting along great with his new sister, Kyra. He is described as a “76 pound lap dog” and the family could not be happier.

Bella found a home with Shelly’s boyfriend and the two are inseparable. She recently went to the groomer to get a fresh new look.

Charisma was rushed to the emergency vet because she was crying in pain. The vet said the sweet pup was pregnant and due the next week. 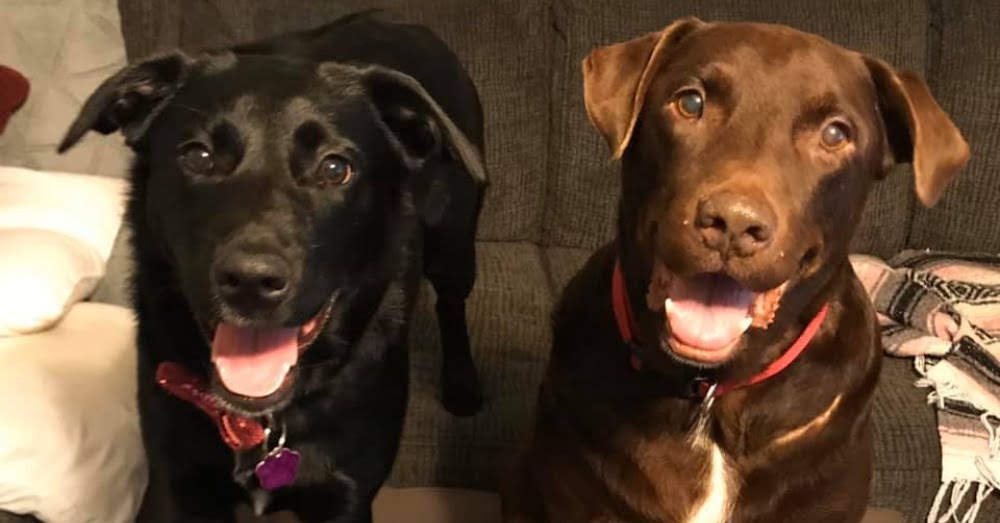 “She is super lethargic still but I’m thinking it’s normal due to being so pregnant. She is very clingy to me. Has to be touching me at all times,” posted Shelly. The pair formed a tight bond and Shelly was there to help deliver the puppies. 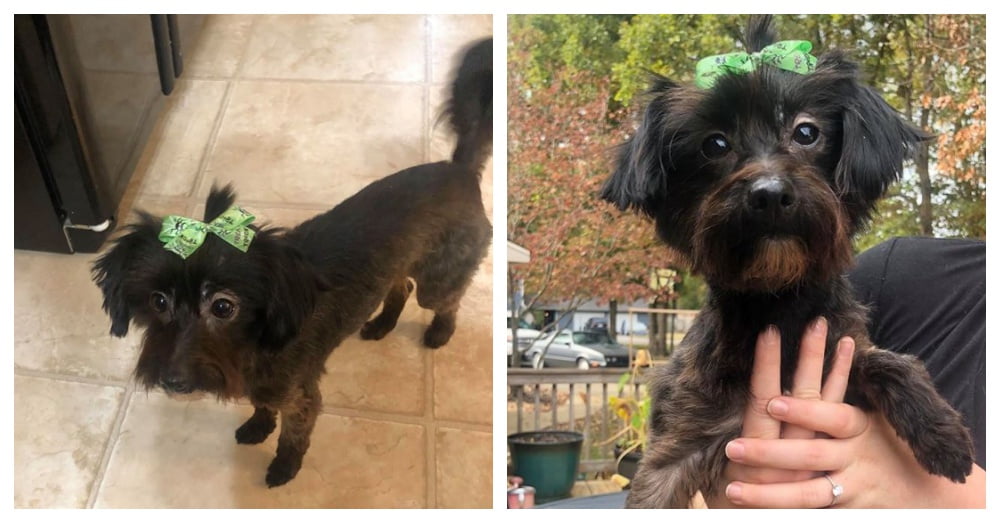 Charisma is now the proud mom to seven adorable puppies. Everyone is doing well and Shelly continues to post updates on mama and the pups. “So i figured it out. We have 4 boys and 3 little girls!” 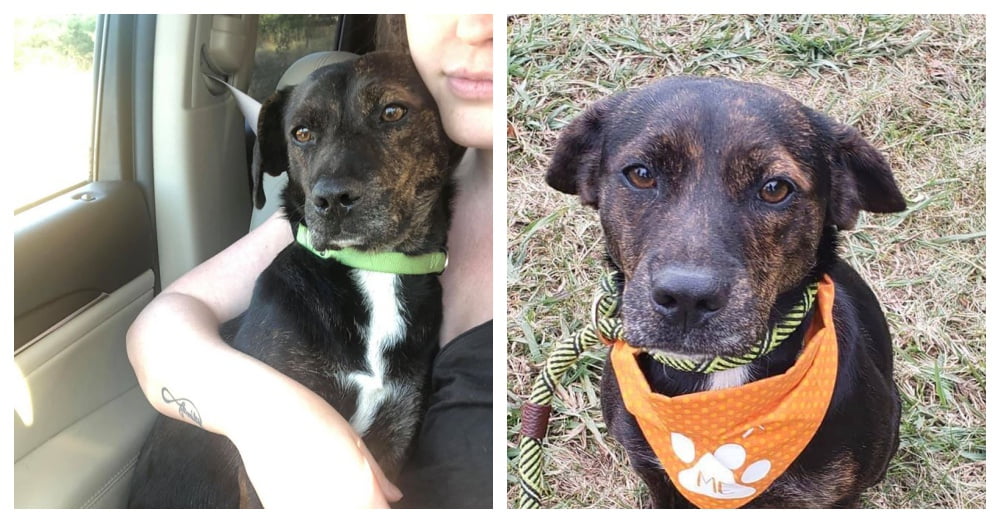 She went to rescue one dog but ended up saving ten. Thank you for adopting and rescuing dogs from death row.

There are millions of dogs and cats in shelters waiting for someone to come adopt them. Please consider adopting a pet or two. They will show their gratitude with unconditional love and affection. Adopt don’t shop! 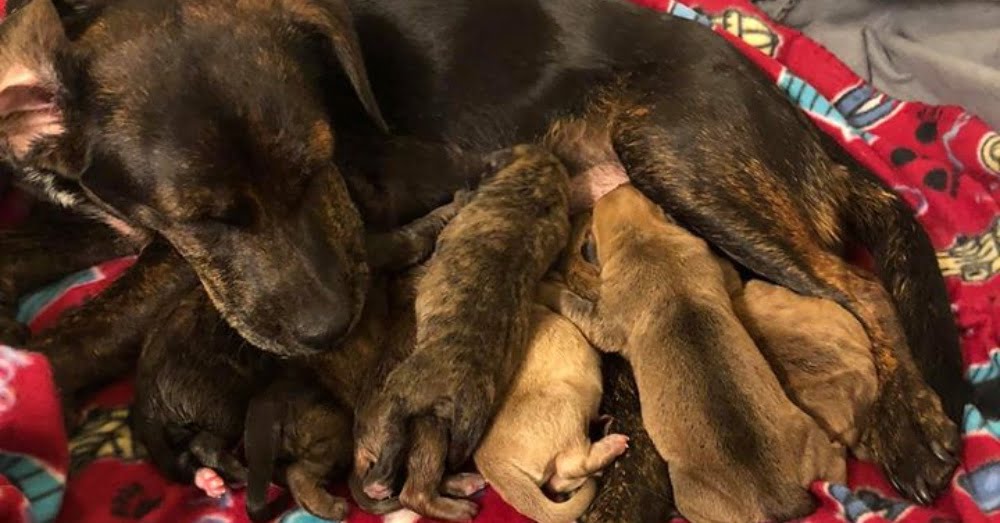