Dogs have a way of eliciting kindness and compassion from every human being. No matter how crumby your day has been, your heart will immediately melt upon seeing your dog’s happy face and wagging tail.

A little boy from Louisiana recently became a viral video star when footage of him sneaking into his neighbor’s garage to cuddle a dog became a hit with viewers.

The action started when Hollie Mallet and her husband were reviewing footage from their home security cameras. As Hollie busied herself, she noticed something odd on the garage’s camera. A little boy was riding his bike only to stop right in front of their house. 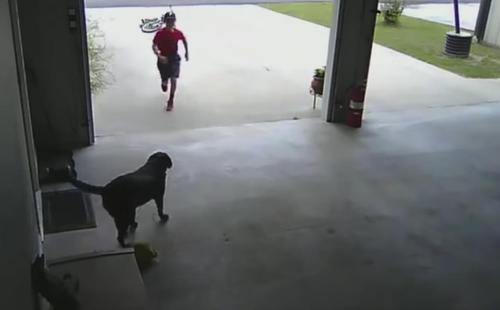 Cautiously checking the area to make sure that no one would see him, the boy dropped his bike and ran into Hollie’s garage. Once there, he quickly threw his arms around the family’s beloved black Lab, Duchess. After the quick hug, the boy left as quickly as he came, hopping back onto his bicycle. 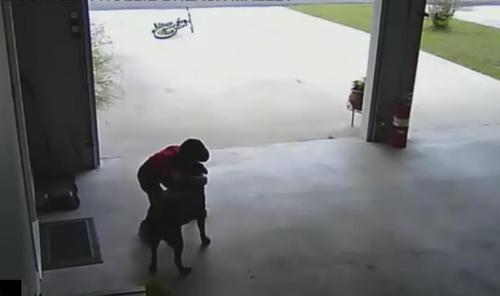 Hollie and her husband couldn’t help but smile at how the boy loved their dog so much that he wanted to steal a hug from her. 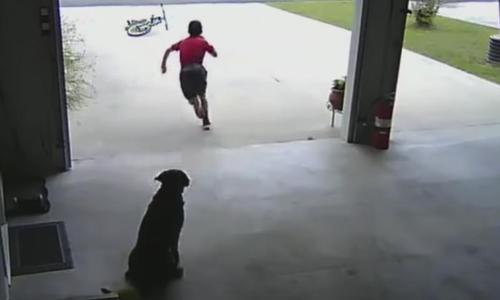 Speaking with Inside Edition, Hollie said that given Duchess’s reaction, it wasn’t the first time that the boy had visited her. Hollie posted the video to her neighborhood’s Facebook page, calling the video “too cute” and asking if anyone knew the boy. 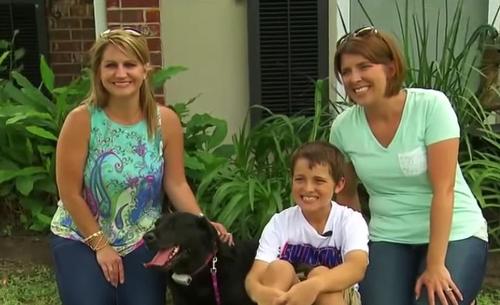 Commenting on Hollie’s post, Mrs. Breaux said that she was torn between being happy that Josh is so compassionate and upset because she taught him never to go onto a neighbor’s property. Mrs. Breaux also told of how Josh was interested in hugging Duchess because he had recently lost his own beloved dog, Bella.

The Mallets have since given Josh an open door to visit Duchess any time his heart desires. Concluding her interview with Inside Edition, Hollie says that Josh and Duchess are now best friends and that the little boy has visited her every day.