A woman in Glasgow, Kentucky was walking her dog when she came across some garbage on the side of the highway. At first she thought it was a tiny fawn. It wasn’t until they got closer, however, that she noticed a dog with blee.ding skin lying by a garbage bag.

Karen Smith Clark said that she and her partner didn’t realize it was a sick dog until they got closer. What they saw was “distressing to say the least” and upset their dog Scooter.

“This poor dog looked to have had been thrown from a window of a vehicle, in a trash bag,” she wrote on Facebook. 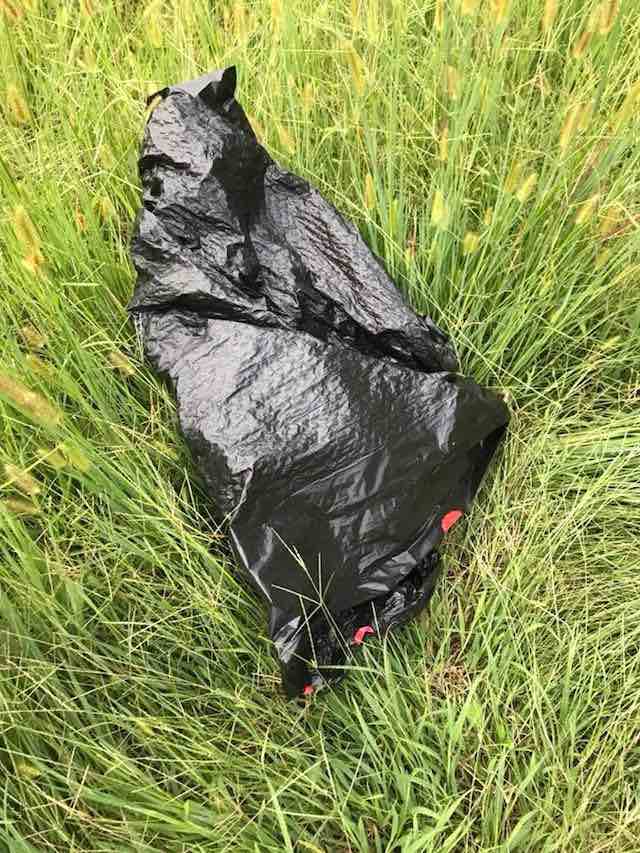 “We rushed back home to get food, water, and gloves…When we got back the dog was leery but not aggressive to me at all, he wanted water,” she continued. “It was so distressing our dog was crying and whining.” 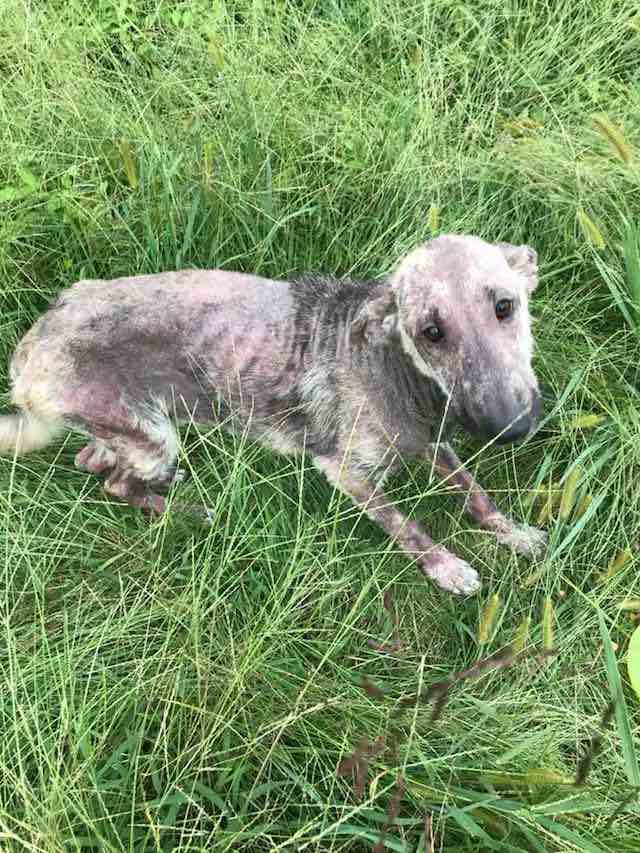 After the dog drank water, Clark called local authorities and he was taken to Barren River Animal Welfare Association (BRAWA) where he was looked over by a veterinarian. 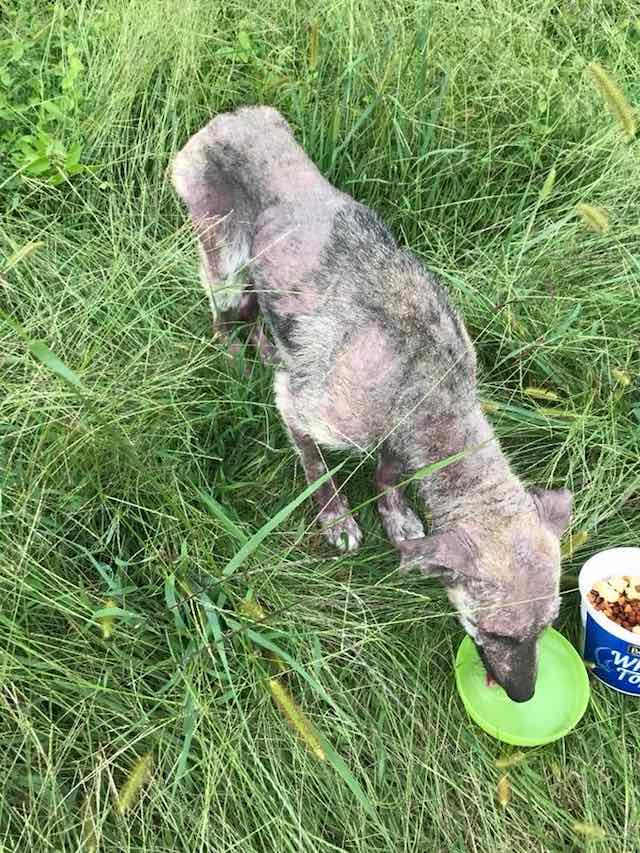 The next morning Connie Greer, the general manager of the shelter, said the dog, now known as “Arthur Buddy” is responding well, although very sick.

“Arthur is up and eating and moving around wagging his tail this morning. He has briefly been evaluated by Dr. Thomas,” Greer wrote. “She reports he has a bad yeast infection with hair loss all over his body, mange and is slightly emaciated.” 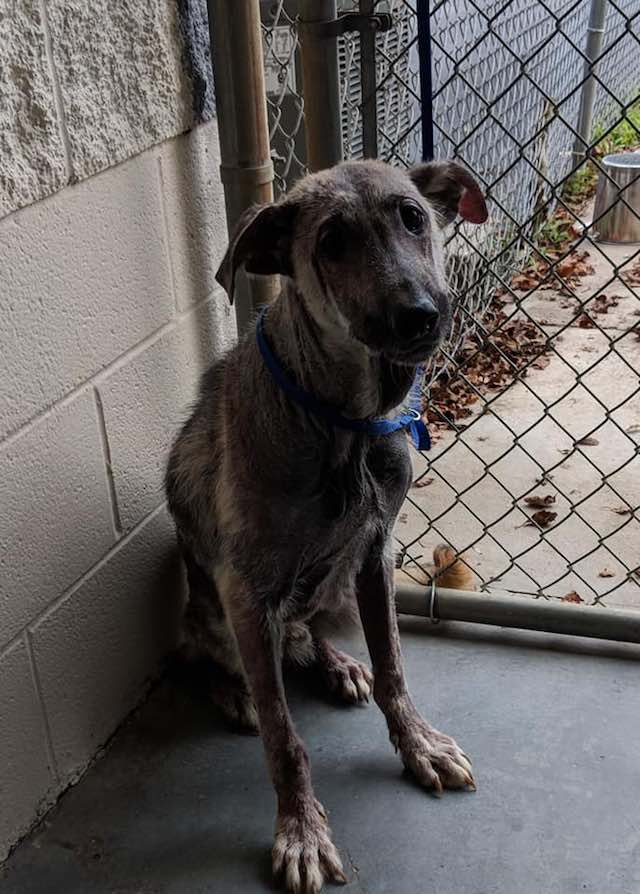 “She sees no additional visible signs of any other issues,” she added. “Obviously he is going to need a lot of TLC and recuperation.”

BRAWA is a small shelter and asked for people to not call at this time, but they will keep everyone posted on their Facebook page. 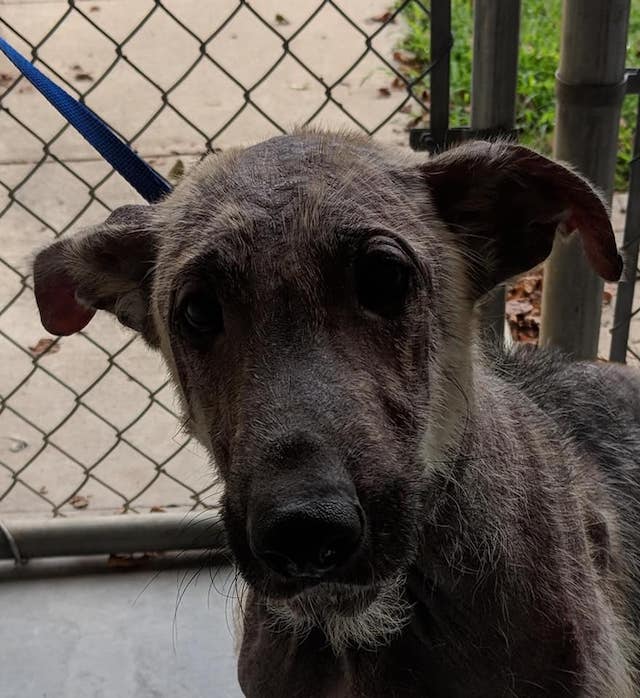 “He’s happy, he seems very secure that he’s been found and somebody’s going to care for him,” continued Greer. She said he won’t be available for adoption until he has recovered. They expect his treatment will take around 4 months.

Arthur was adopted after several months in foster care and his transformation back to full health is incredible to see. Just look at his beautiful fur! We’re so glad he’s found a loving home after such a terrible ordeal.